Description of the LSD strain

The hereditary progenitor LSD from Barney Farm is based on such famous progenitors as the fragrant Skunk and the indicative Mazar. The type of the variety is indigo, both in effect and in appearance. Indica occupies 70% of the LSD gene. However, in honor of the remaining 30% of the genotype of TGK, which occurred at Sativa and was given such a pretentious name LSD, because the satiated share completes deep state of smoking with special, psychedelic notes.

For this cannabis is characterized by a greater number of crystals on the inflorescences and the presence of small orange hairs on the tips of bright, green leaves. The level of THC is 25%, which will greatly please lovers of strong varieties of cannabis. The size of the bush is compact, the growth ranges from 60-75 cm. The yield is 500-600 g of dry staff per m2. Ready-made cones give the Grover a classic indigo smell: musky, earthy, that clings tenaciously to the nostrils as soon as the symbolic 4.20 is seen on the rastaman watches.

Not for the faint-hearted: the LSD effect

For the correct use of LSD, have the necessary experience and do not exaggerate their strength and needs. The thing is that LSD from the first time hits the head accurately and truly powerful. With such a variety, jokes are bad. The action can be divided into two stages. The initial is characterized by the fact that the smoker is enveloped by pleasant waves of euphoria, and the perception of reality is greatly exacerbated, on the verge of psychedelics (thanks to Sativa's gene for this). After the end of the first stage there comes a monstrous force of relaxation with the remnants of the initial euphoria. This marijuana is great for use before bedtime. And the head will unload and the dream will beautifully paint.

Awards of the grade

The winner of the Cannabis Cup 2008 in the category Indica (I prize).

Order seeds of the variety LSD can be found in the store Bob Marley. Payment by cash on delivery. We have the best prices for elite marijuana varieties. The price for 1 seed is indicated! 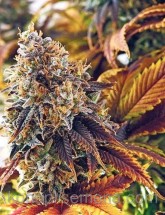 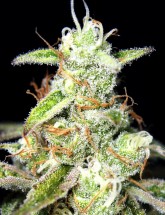 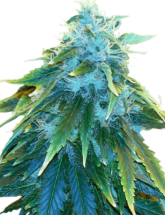 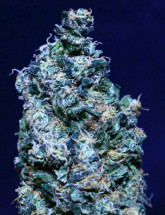